At a time, where there are so much disbelieved, you trusted our vision of saving lives and supported over 850,000 less privilege living among us within three and half years. This was not done by me, but you (The Trustees, volunteers, Our Members, partners) who sees the sufferings of people in our world today and help to do something about their wellbeing. To us, you are our hero. ”Thank You”

This Foundation was founded by a selfless, humble and altruistic man by name Mr Peter who was driven by the sheer desire of seeing the reduction of the frightening and unimaginable level of poverty and deprivation confronting us in our society, as a way of complementing the efforts of our various governments. The target of the Foundation are the hapless millions of talented youths whose dreams or vision have been hampered or jeopardized by lack of supportive encouragement from their environment. This Foundation is keen therefore in assisting to unlock the economic potentials of these hapless youths by redefining their prospects, perspectives in life and assist in actualizing their dreams. 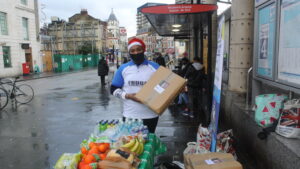 The precept of this Foundation is based on the NEED to serve OTHERS, that is, to help others succeed in fulfilling their aspirations which they have always yearned for.

The problems of insecurity and social economic crisis staring us, all in the face on a daily basis cannot be under estimated. Every day, we see thousands, millions of our youths roaming the streets, idling about, many of whom lost their live on daily basis making a dangerous journey from Africa down to Europe and other part of the world . These are youths with great visions. And consequently, a great number of these youths ends up as social miscreant or takes up habitual vices which are at various, with societal expectations or are been treated as scrum and dregs in our mist, which is rather very unfortunate.

This ugly scenario definitely is very unpalatable and we can afford not to play the ostrich by folding our arms and watch these great potentials of young talents waste away in penury and their visions or visions perished with them. 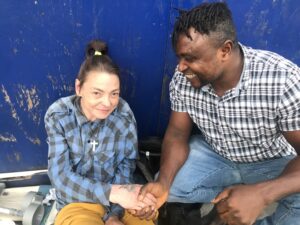 There is no gain saying that the governments through its various agencies and department cannot do everything alone especially in terms of job creation. They may be fervent and their efforts, genuine enough in this regard but our sensibilities are continually been assailed on a daily basis as we are been inundated to various medias reports- print and electronics and now joined by social medias enunciating the economic policies and programs of governments aimed at fighting unemployment among others. But the irony of it all, is that the more we hear about these policies, or programs, the more aggravated the issue of unemployment seems to be and which really as a matter of urgency, is almost becoming a time bomb waiting to explode if not already in that state.

It was the desire to fill this lacuna among others that the FRUGAL EMPOWERMENT FOUNDATION was given birth, in other that these ubiquitous and redundant talents in our mist, who because of their economic disadvantaged conditions, can have a fulfilling destiny, a great future. That is, to see these talents been able to dream again and live their life to their full potential. We at the Frugal Empowerment Foundation are very determined and very passionate about helping these impoverished talents to succeed in their visions like their counterparts in a more economic advantaged or buoyant economy.

The founder, Mr. Peter, having personally transverse the western world and observed empirically and much to his very great delights about the achievements or the milestones recorded by these talented youths in those enclave; also, some research he personally also conducted about economic re-engineering in these climes revealed that the western success story stems strongly from the encouragements , support and empowerment of their talents, whose work brought about great innovations or creativeness with spiral value chains effect. This form the basis of engine of economic growth for them. Take for instance, the innovation of electric bulb by Thermos Edison or Founder of Apple ‘’Steve Jobs who revolutionized iPhone device and App Store which is leading the consumer technology in the world as of today. Just look at the aftermath effects of such creativity by these two different individual inventors, in terms of employment and income generation globally. 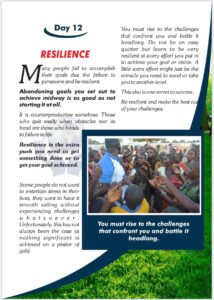 In fact, Mr. Peter has seen the economic importance of reaching out to these set of talented people and make to them a success story because to him, talents are the economic engine of growth of any nation all over the world. He believed very tenaciously, very humbly and fervently that this noble idea or effort on the part of Frugal Empowerment Foundation could have a multiple ripple effect positively in fighting and reducing starvation, poverty and unemployment in our society. That is, the efforts to see millions of our one time unemployed youth becoming very much engaged through the value chains of the device created by these talents.

According to Mr. Peter, the Founder ‘’ it assails my sensibility a great deal to see people go hungry everyday or are incapacitated because of poverty and deprivation. In fact, it depresses me to see the millions of these hapless youthful individuals with tremendous talents wallow in degradation, deprivation due to their inability to find their bearing and their talents allow to die with them; or to see their situation reduced to a groveling state because of lack .’’

Continuing, he contended” Just imagine the millions of people that could be gainfully employed through the value chains as a result of the device produced by these untapped talents? This means more jobs, more money in the pockets of millions of people that would otherwise probably remain hopeless and lots more.’’ No doubt, with these noble ideas as espoused by the Foundation, the sorry financial or impoverished state of the seemingly hopeless individuals becomes hopeful and their poor financial state alleviated even to the barest minimum’’ It gladdens my heart when I see smiles appearing on the faces of individuals because their hungry has been defeated’’.

Going further, he quipped, ‘’we can grow all together, deepens and broadens our prospects better when we give our best for others to succeed in our communities, organizations and nations.’’

In essence, it is the dream of this Foundation to help the unsung talents, those who are capable of creating something new or innovates like the twin brothers who invented an -Airplane, Thomas Edison-electric bulb and a host of other inventors, by transforming them to becoming that selfless, confident, productive individual who want to re-engineer their minds, purpose and focus to be a success story themselves. To be that useful invaluable and indispensable instrument in the society they live rather than becoming a burden or liability to the society. And in this way, this Foundation wants to use this platform as a way of contributing it little quota to the service of humanity. We are encouraging and empowering the youths to look beyond their present situations and assist them to become the change agent they’ve always dream of becoming. 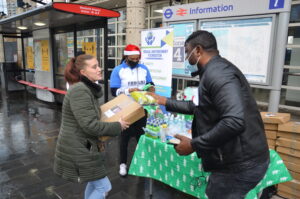 One basic fact about the Foundation is: it is selfless. It is sacrificial. We put in our best despite the odds against intention to ensure we reach out to these talents who needed help desperately in changing their economic or financial fortunes. And we would also expect the assisted talents not to relent in their efforts by joining our train in our sheer dreams to helping others grow. In this respect, the circle of successes would grow and this would continue endlessly until we are able to assist lots many more. Again, the Foundation is of the conviction that we can do it together to improve the lives of others, to deepen and improve and serve our relationships, our families, our communities, nationals and the global economy in general.

We have seasoned professional who constitute members of TRUSTEES who are deeply rooted in our shared Values of helping others succeeds and who are working so tirelessly on daily basis to assist in fulfilling our goals in providing the much needed service to humanity.

So, we invite you to be a part of this noble idea, this great dream.

Good luck as you do so.